If you’re like me, you’ve probably wondered what they do with the used rowers after the Crossfit Games.

They use so much equipment and machinery, surely it all get’s re-used, re-sold, or re-cycled, right?

The used equipment at the Crossfit Games is usually sold after the Games by Rogue Fitness.

Rogue supplies all of the equipment for the Games. Once the Crossfit Games are over, they are left with all of the leftover, used equipment.

There’s a few ways that they sell this used gear.

1. They sell it at the Games

This is the main way that Rogue liquidates used Crossfit Games equipment.

If you’ve ever been to the Crossfit Games, then you’ll know that the fanbase at the Games are the most hardcore Crossfitters out there. These people lift and train all the time.

So, to not waste the opportunity, Rogue simply puts used Crossfit games gear up for sale in their booth. Different items will go on sale as the equipment is done being used for the weekend.

As an example, they’ll usually sell Concept 2 rowers for around $750.

The only downside to this is that you have to be at the Games, AND you have to carry it out with you on the spot.

It’s a great deal, saving you close to 20% off MSRP, but it’s tough to pull off unless you’re already planning on being at the Games + live somewhat close-by.

The best way, for most people, to get used Crossfit Games rowers and gear is look on Rogue’s website after the Games. On their Deals/Closeouts page, they’ll slowly add used Games gear a few weeks after the Games takes place. You’ll still have to pay shipping, but this is probably one of the best way to get ahold of some used Crossfit gear.

With any luck, you could end up with a rower that Mat Fraser used!

Or maybe an Airdyne used by Rich Froning.

Another place where Rogue sell used Crossfit games equipment is during their one day “Rogue Garage Sale”. During the event, Rogue basically stacks a bunch of gear up outside of it’s factory.

They open the doors at around 9:00AM and a whole crowd of dedicated fitness nerds rush in and claim different pieces for their home gyms. This one day event takes place in mid-July. It’s a great place to get a deal on used equipment.

Unfortunately, I’d heard that they can sell out of gear in as little as 45 minutes. Also, you have no idea what will be available, since it’s all used/returned gear. That being said, if you’re a fast sprinter, you might have a shot at saving some serious dough.

Also, this event is at Rogue’s HQ in Columbus, Ohio, so you have to be somewhat local to the area.

Buying used is a great way to get a deal on Concept 2 rowers. Getting use Games gear is extra special since one of your favorite athletes may have used the same machine.

Plus, you know that the “usage” of the machine is minimal if it was used at the Games, since it will have only been used for a few days.

If you can’t get a piece of used Crossfit games equipment, consider looking on your local second-hand market.

I put together this guide on how to find a used Concept 2 rower here.

Check it out if you want to save some $$$ on a rowing machine. 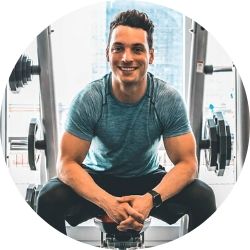